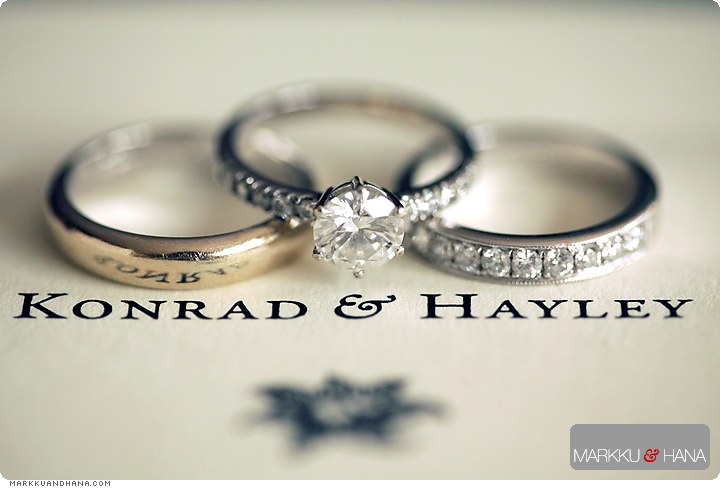 Weddings are stories always remembered. You’ll never forget your own, or your best friend’s, or the wedding of someone else important to you. This one though, I’ll remember simply for how that day was—September 26, 2009.

The date holds different meanings for different people. Millions of Filipinos may remember it for the devastation it caused, but please excuse this narrative and may you find consolation in this story, a celebration of love. 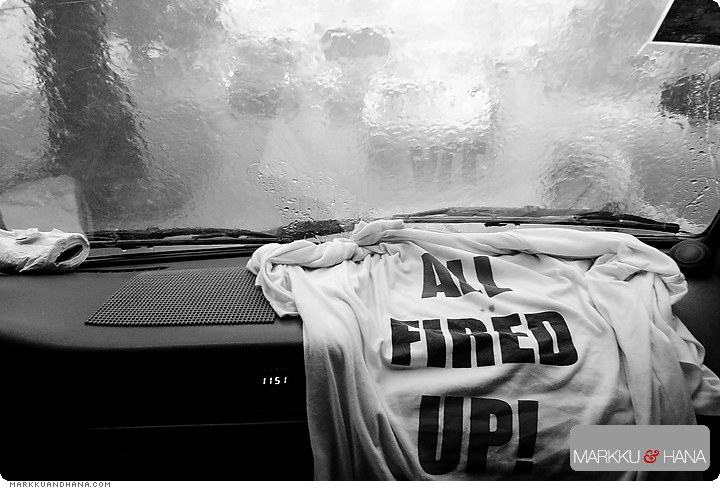 I was awakened by the sound of unceasing rain. I thought I woke up too early—it was still quite dark. By the time I checked the clock, I had to start moving to avoid being late. I had a quick breakfast, after which I saw how floodwater was starting to rise in our garage. I was not alarmed though as it was not uncommon for it to go up to about five inches when it rains hard, only to completely disappear in minutes as soon as the rain would stop. I rushed my shower though as I didn’t want to worry about walking in the flood just to get to my car.

But it got worse. It looked like the rain wouldn’t stop. I packed an extra set of clothes in an extra backpack and carried that along with my camera bag. I grabbed the boots we kept ready for floods like this and walked to my car just outside the gate, just about 10 steps away. But just as I opened the gate, the current was rushing hard and the water level was almost up to my knees. My feet were already wet but I had no choice. I kept on walking. When I finally got in the car, my pants were completely wet along with my shirt.

My trusty Tamaraw FX’s engine still started, somewhat miraculously. I quickly drove up the road seeing that floodwater was rising fast in front of our house. When I was safely out of the flood, I removed my shirt and my pants and drove in my boxers. (Hana hates this part but it’s really part of the story.) The seat was very wet too because my pants were soaking. I couldn’t change into my extra set of clothes because they’d be wet too and I wouldn’t have anything to wear while shooting, if it was still pushing through. I grabbed a floormat/carpet from the second row to have something dry to sit on. And then I drove. 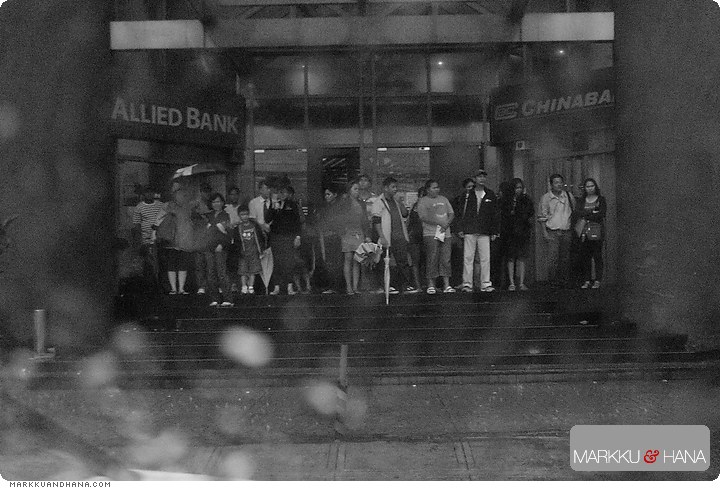 I was supposed to be headed for the groom’s house somewhere in Balara, with Mimi & Karl going to the bride’s place in Ortigas. Because of the gridlock produced by the floods, M+K (with Mimi eight months pregnant then!) were trapped in EDSA’s Southbound lane. Karl changed the plan: I was tasked to go to the bride with them heading directly for Makati Shangrila, where the reception would be. It wasn’t clear if the ceremony would be held there instead, or if they’re still doing it in Christ the King. It was all a hazy blur, and no one was even sure how the groom would make it to Makati or even just Ortigas. 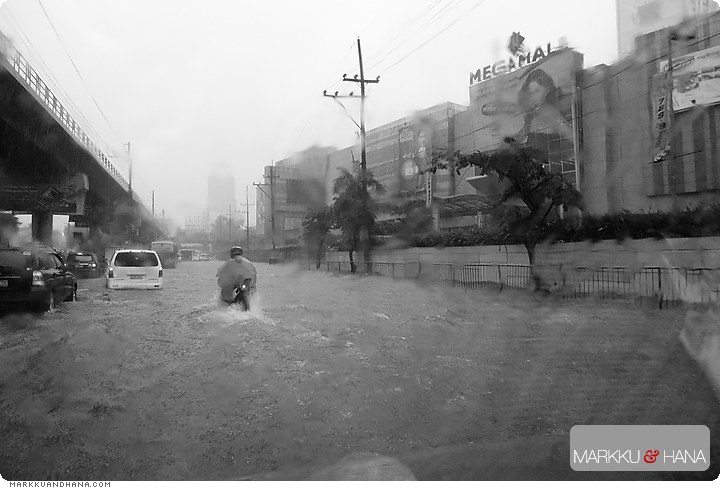 Around two hours after I left our house, I was finally free of entangled Shaw Boulevard and was in EDSA towards Ortigas. I thought I was gonna be there in a few minutes. 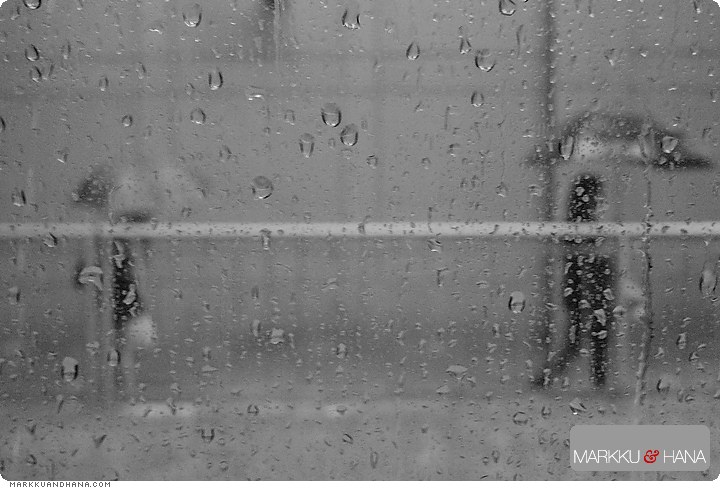 Sadly, I was not. I was stuck in traffic for another two hours or so.

Around three in the afternoon, I was in the lane leading up to the Northbound flyover in Ortigas but it seemed to be hardly moving at all. When the bus drivers and conductors in front of my car decided to move the steel barriers so they could take the service lane leading to Robinson’s Galleria, I followed. I was worried the road below was flooded, but it was my only choice. I decided I’ll just park my car in Galleria and leave it there, and then walk to the bride’s place. So I walked. 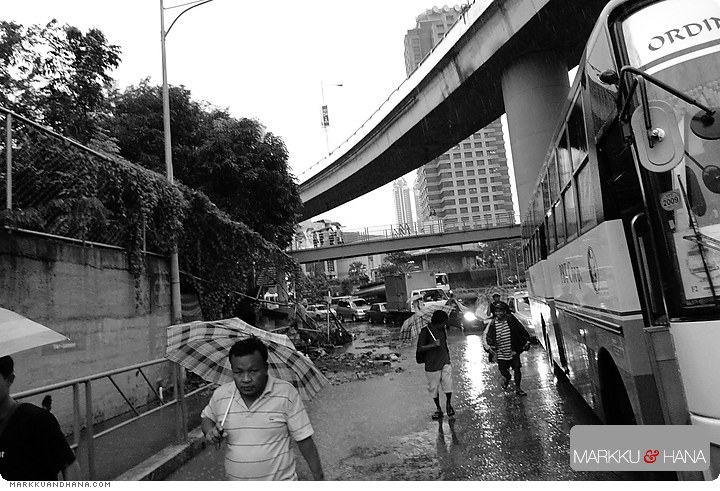 I arrived to see the beautiful bride still sporting a smile despite the worrying day. I knew she wasn’t gonna let the worries take away the joy of her wedding day. A little dazed and confused, all I could say to Hayley was “at least you’ve got a wedding story not so similar as everybody’s!” 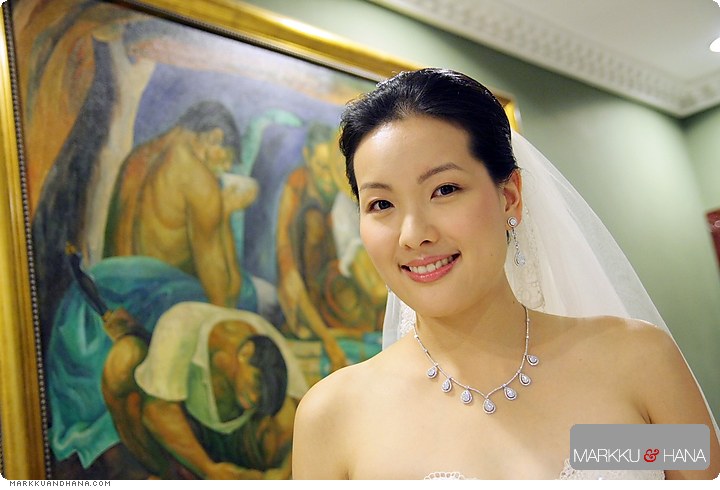 We got word that Konrad made it through QC’s floods and was on his way to Christ the King. I tried to take a few more portraits despite the conditions before we left for the church.

(There’s a side story to this that I couldn’t resist not telling. As we were leaving their house, I couldn’t find the umbrella that I’ve had for a long, long time. I didn’t think I could get any unluckier. I think it got mixed up with the coordinators rushing in and out trying to fix everything. Collateral damage, I guess. Now back to the real story.) 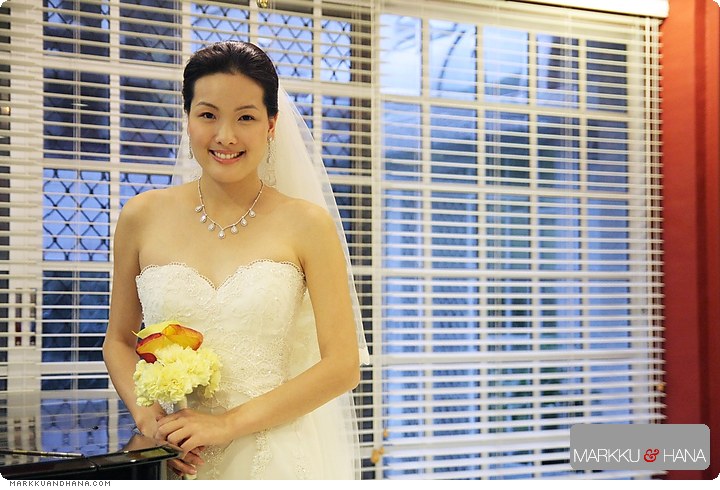 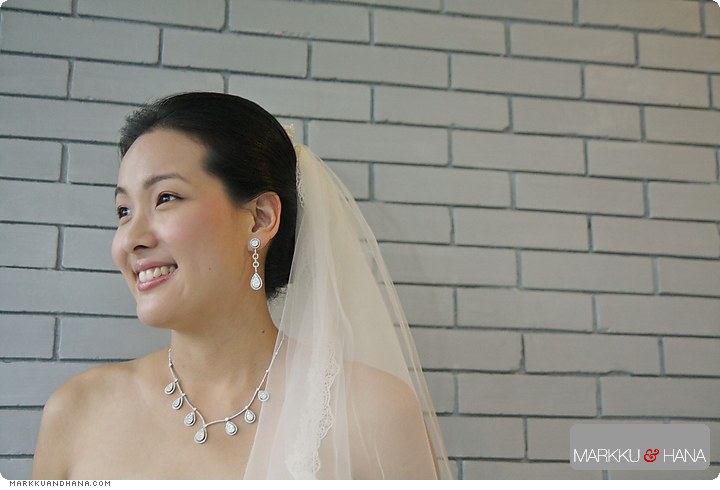 Barely a few guests were there, mostly just immediate family of the bride and the groom. Most of the other guests were stranded somewhere else or simply decided to go directly to the reception instead. But it was a relief to see them relishing their moment, their day that no one else could take away. 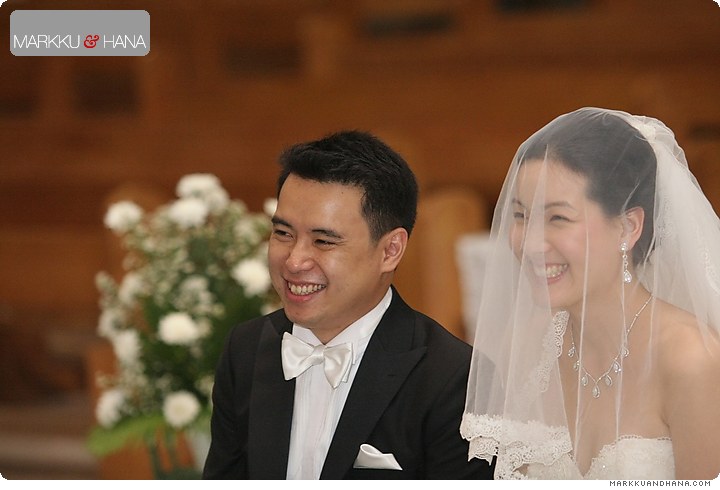 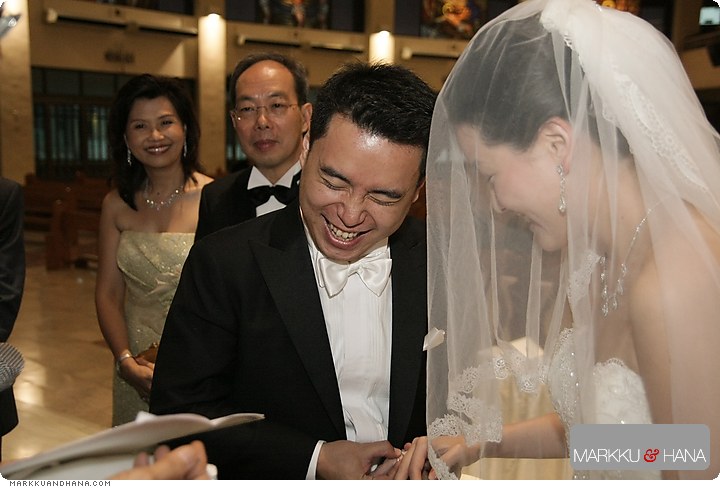 Their’s was the perfect example—weddings can be all big, bright, and beautiful, but at the end of the day, all you really need are the two of you and the love that you share, in the presence of God. 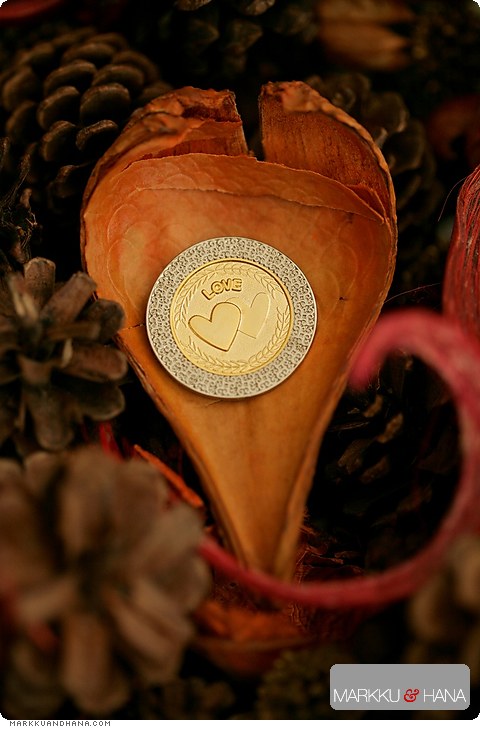 Last December, they decided to somehow relive the preparations of their special wedding day. This time around, team M+K and Jason’s crew were there to document it. 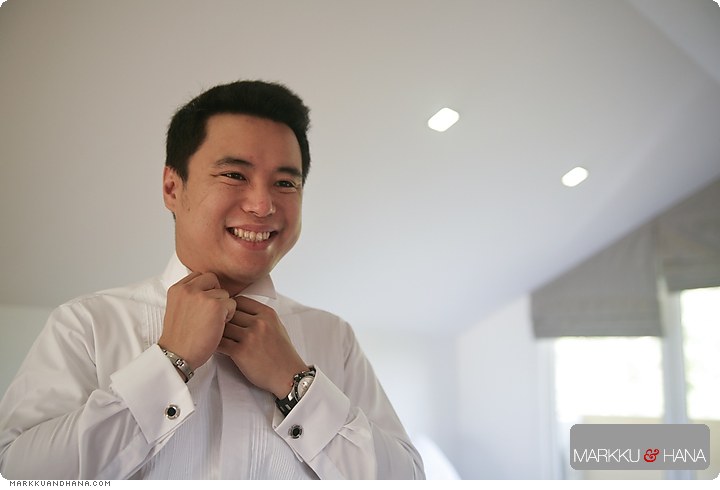 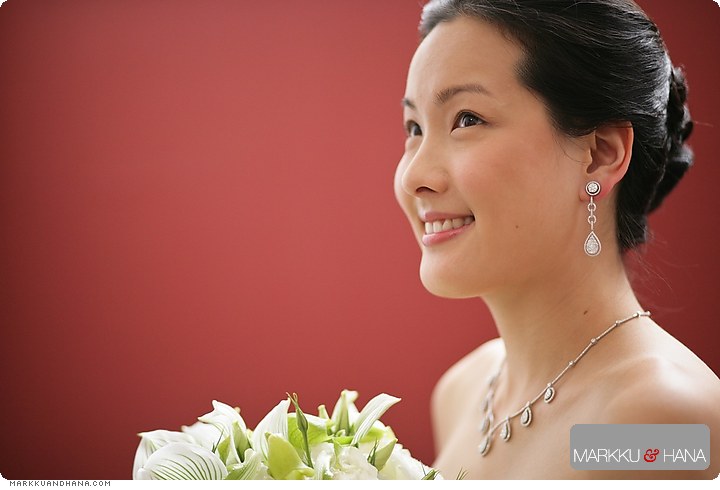 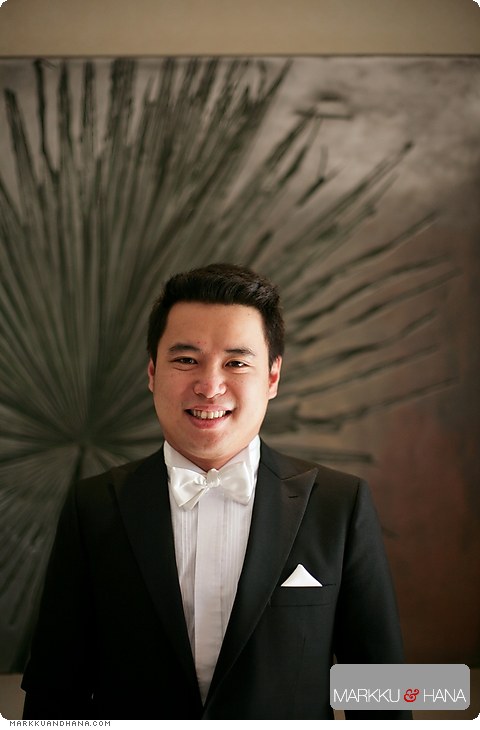 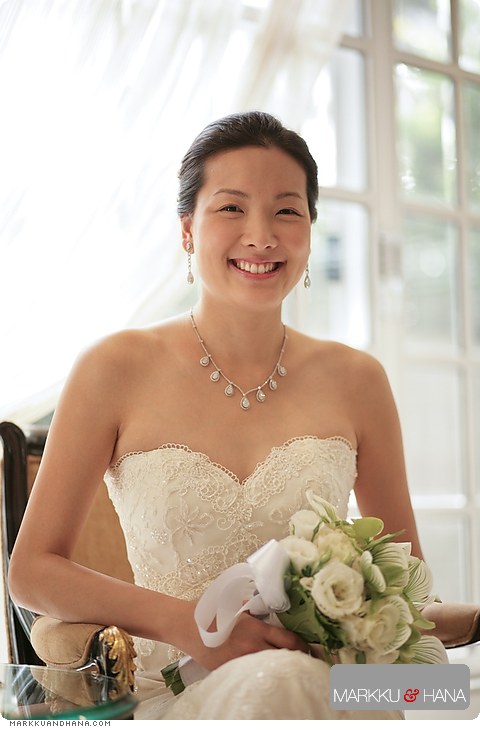 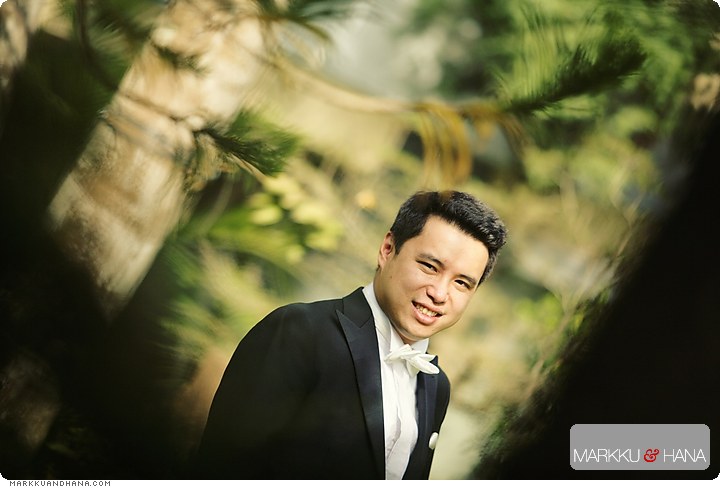 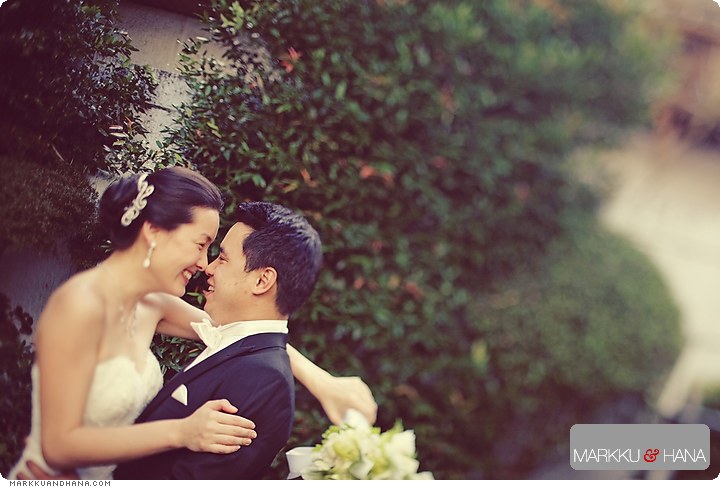 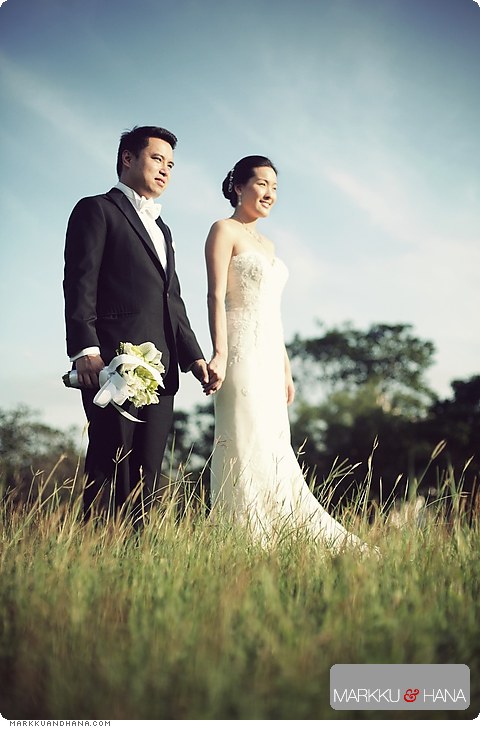 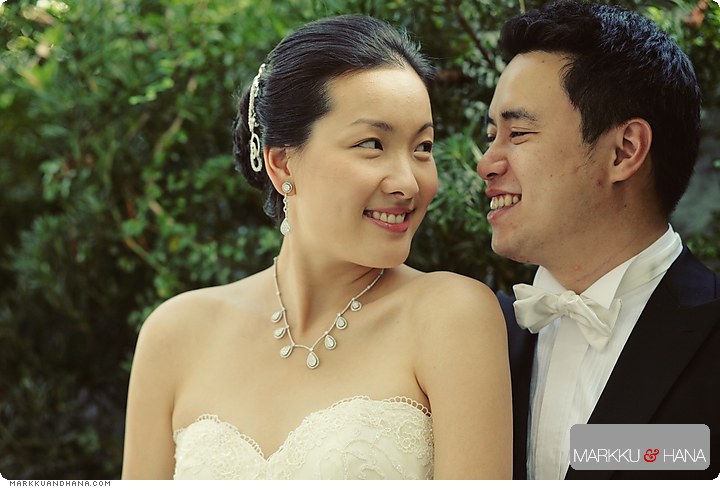 To Konrad & Hayley, best wishes! Here’s to your wedding story that will surely be unique forever!

(Here’s Karl’s version of our story of that fateful day, with even more photos.)